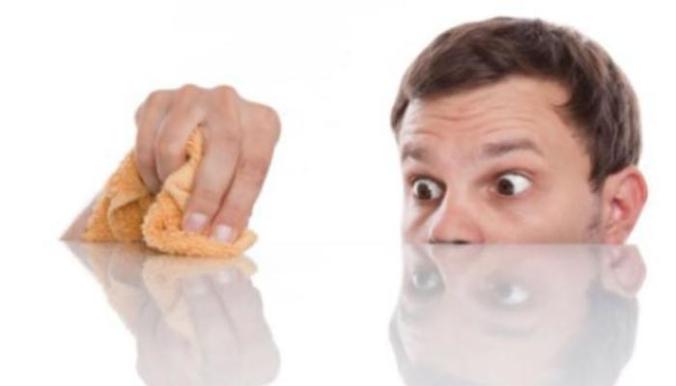 About a dozen years ago, my realtor and I got a strange request for a lease that we were signing.  Our new tenants, as part of the lease agreement, wanted a new microwave.  That’s it, just the new microwave.  They would supply the microwave, and leave it with the property when they moved out, but were asking for us to pay for the installation.  Not a bad deal, so we agreed.

We were anxious to see this new microwave!  It must have been something special for the new tenants to make this special request.  We envisioned something European, with amazing new features that we could only dream of.  After all, what could be so special that these people were willing to spend all this money and make this one special request?

Turns out that it was a normal microwave, just like the one that they replaced.  Why?  Because the (white) appliance was yellowing, and the wife couldn’t stand looking at it.

I kid you not.

Here are some examples of yellowing appliances (not the actual microwave):

Not the actual microwave, but an example of the yellowing that distressed the renter.

Not the actual microwave, but an example of yellowing.

Over the years, I’ve had many tenants tell me that they’ve chosen my properties because they are so clean and well taken care of.  And most people simply move in and take very good care of these houses.  But along with that comes the pickiest of the picky renters.

One of my current renters makes this prior renter seem mellow.  She and her (flown in from another city) adult sister spent a few days cleaning the already clean house before her family moved in.   A few days later I received a string of texts listing her complaints and how filthy everything was.  My favorite complaint included in the text: the hinges on the doors needed polishing.

I am not making this up.

I spent a lot of time trying to explain to her that the house was clean by any (sane) standard, and that I was not going to do most of what was on her list.  She informed me that was unacceptable.  I ended up denying things that cost unnecessary funds and  would add no value (like moving the vent in the master bedroom closet a few feet; again, I am not making this up), putting in a few new items that I could compromise on (the outdoor fan was looking old), and I bought her polish so that she could clean the fixtures and the hinges herself.   I should have taken a tougher stand and denied everything, but that would have made this next year “unpleasant”, I imagine.  If I had to do it over again, I would have sent her information from landlords codes about what my obligation is, but something tells me that she would have argued that to the death.  Next time I will give that a try!